Kathy Kraninger's First Year as Director of the CFPB 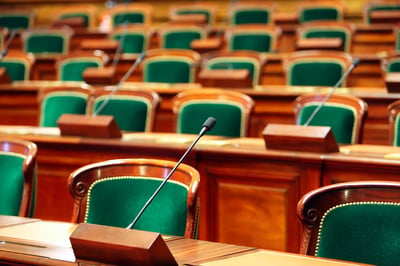 Kathy Kraninger's first year as Director of the Consumer Financial Protection Bureau (CFPB) saw a question on constitutionality, the decision to not change the name of the CFPB, and an increase in enforcement.

Perhaps the most surprising act of the CFPB's in 2019 came when Kraninger asked the Department of Justice to formally file a brief with the Supreme Court, asking the courts to determine if the structure of the CFPB is constitutional. The argument is that the bureau has too much power and that the Director should be held accountable to the President by being able to be fired at will instead of for cause. The remedy for any constitutional questions may be as simple as the Supreme Court removing the "for cause" provision. The U.S. Supreme Court will hear the case in March 2020.

In one of Director Kraninger's first actions, she put a halt to the proposed name change that previous Interim Director, Mick Mulvaney had made. The name and logo remains the Consumer Financial Protection Bureau.

Additionally, 2019 saw an increase in enforcement and litigation from the CFPB. Kraninger has proved to be far more willing to use enforcement than her predecessor, Mick Mulvaney. In her first year of leading the CFPB she announced 22 new cases, which is double what Mulvaney filed. Seventeen of these cases were resolved through settlement and five were contested showing Kraninger's ability to litigate.